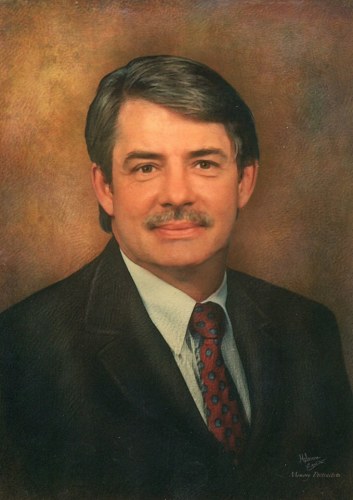 Funeral services were held at 10:00 a.m., Wednesday, August 30, 2006, at the United Methodist-Presbyterian Church in Wellsville where he was a member, serving as an Elder. Rev. Carl Knapp, Rev. John Ray, and Rev. Dennis Goodman officiated at the service. Mrs. Margaret Scott was the pianist and Mrs. Vivian Updyke served as the organist.  Burial was in the Wellsville Cemetery. Serving as pallbearers were Bill McClain, Bob Nation, Carl Oligschlaeger, Curtis Peery, Dean Smith, and Del Stevenson.

Visitation was held from 2:00 until 8:00 o’clock Tuesday evening, August 29, at Myers Funeral Home in Wellsville. A Masonic Ceremony was held at 7:30.

Mr. Myers was a 1969 graduate of Wellsville-Middletown R-1 High School; a 1972 graduate of Kentucky School of Mortuary Science; and a 1976 graduate of Moberly Area Junior College with an Associate in General Education Degree.

He was preceded in death by his parents, Howard Frank Myers and Dorotha Dean Lile Myers. 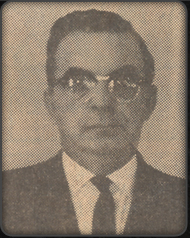 Mr. Myers was born December 25, 1917, in Macon, Missouri, a son of Frank Larue and Maud Yancey Myers.  He was a 1936 graduate of Macon High School and worked for a chain of theatres in northern Missouri prior to World War II.

Howard entered the U. S. Army at Jefferson Barracks, Missouri on August 28, 1942.  He has honorably discharged on December 11, 1945, serving in World War II.  Howard graduated from the College of Mortuary Science in St. Louis on December 18, 1946.  He was licensed as an embalmer with the State of Missouri on February 2, 1948.

He was preceded in death by his parents and wife, Dorotha Dean “Dot” Myers on January 17, 1968.

Memorials were suggested to the Heart Fund or Wellsville United Methodist Presbyterian Church.